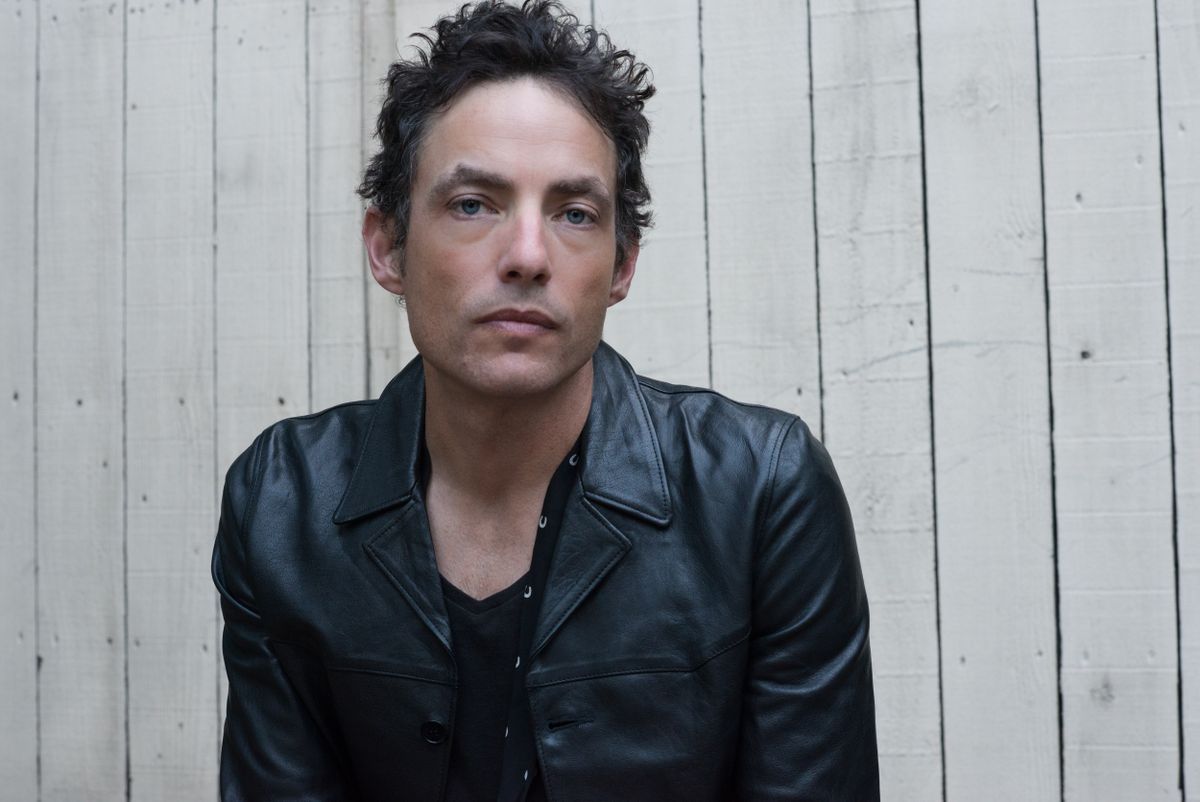 A band whose sound walked a tightrope between the rootsy and accessible end of alternative rock and the straightforward, arena-friendly sound of acts like Tom Petty and Bruce Springsteen, the Wallflowers were the brainchild of guitarist, songwriter, and vocalist Jakob Dylan. While he was initially best known for being the son of iconic singer/songwriter Bob Dylan, the Wallflowers made it clear that he had a sound and creative voice all his own, and he proved to be a strong bandleader who was capable of keeping the group’s personality consistent despite frequent personnel changes through their history. The Wallflowers broke through with their sophomore album, 1996’s multi-platinum Bringing Down the Horse, while 2005’s Rebel, Sweetheartsaw them adding extra muscle to their sound, and 2021’s Exit Wounds was a confident comeback effort released after a nine-year hiatus from the studio.

Born in 1970, Jakob Dylan was raised in Los Angeles by his mother, Sara Lowndes, after his parents’ divorce in 1977. He studied at private schools in L.A. and New York, and decided to follow in his father’s footsteps by the late ’80s. He formed the Wallflowers with guitarist Tobi Miller, keyboard player Rami Jaffee, bassist Barrie Maguire, and drummer Peter Yanowitz and signed to Virgin. Released in August 1992, the Wallflowers‘ self-titled debut album sold poorly, and Virgin soon dropped the band. Undaunted, Dylan assembled a new Wallflowers — guitarist Michael Ward, bassist Greg Richling, and drummer Mario Calire — keeping only Jaffee. The group signed to Interscope and recorded its second album with producer T-Bone Burnett, a longtime friend of the Dylan family. Bringing Down the Horsewas released in May 1996, producing the alternative radio hit “6th Avenue Heartache.” Late in 1996, the single “One Headlight” was released, and by the spring of 1997, it had become a Top Ten hit, pushing Bringing Down the Horse into the upper reaches of the charts, as well.

Bringing Down the Horse was a big seller throughout 1997, thanks to “6th Avenue Heartache,” “One Headlight,” and “The Difference,” the third single pulled from the record. Early in 1998, “One Headlight” won Grammys for Best Rock Song and Best Rock Performance by a Duo or Group With Vocal. Settling down from the rush of success, the Wallflowersrightfully took a long four-year break from recording. The new millennium sparked new creativity, and the Wallflowersreturned in October 2000 to release the excellent Breach. The album went largely ignored, leading to the more mainstream Red Letter Days the following year. After a two-year hiatus the band returned with Rebel, Sweetheart in 2005. The album peaked at 40 on the Billboard charts and the group didn’t support the record with an extensive tour. The Wallflowers split from Interscope in 2006 and the following year the group played shows without keyboardist Jaffee, who had left the band, signaling a steady decline in activity for the group. Jakob Dylan released his solo debut Seeing Thingsin 2008 but the Wallflowers stayed active, releasing a compilation called Collected: 1996-2005 in 2009 and supporting it with a tour. Dylan released another solo album, Women + Country, in 2010 and early in 2012 he announced the Wallflowers were returning to active status by recording a new album with a new lineup featuring a returning Jaffee, bassist Greg Richling, guitarist Stuart Mathis (who joined in the wake of Jaffee’s departure in 2007), and drummer Jack Irons, who previously played with Pearl Jamand The Red Hot Chili Peppers. This reunited Wallflowers released Glad All Over in the fall of 2012.

The group would continue to tour periodically, with a variety of musicians supporting Dylan, and he began dabbling in filmmaking, serving as executive producer for the documentary Echo in the Canyon, in which he also interviewed legendary musicians such as Brian Wilson and Roger McGuinn as well as covering 13 1960s folk-rock classics for the movie’s soundtrack album. After parting ways with Columbia (which released Glad All Over), Dylan opted to finance another Wallflowers album himself and entered the studio with producer and multi-instrumentalist Butch Walker — and a handful of session players– to record a batch of songs. Exit Wounds was issued in July 2021 by New West Records, and included guest vocals on one song from Shelby Lynne.